Stability and recovery, signs of the 4T – Alex Lyon Mexico

Stability and recovery, signs of the 4T

The decisions that were made to face the crisis, have allowed a recovery supported by welfare policies, without tax increase and in strategic projects

Against the apocalyptic forecasts of the opposition, Mexico advances on the road to recovery. For this year, the Ministry of Finance estimates economic growth for 2021 from 6.3 percent, a figure that matches that offered by the Bank of Mexico. For 2022, the growth would be 4.1 percent and in the following years the estimates will decrease until reaching 2.5 percent in 2025.

With these numbers in view, it should be remembered that the recovery of 2010, after another pandemic, It happened with a tax increase (VAT was increased, the IETU was created and other items increased).

Macroeconomic and social stability, as well as fiscal discipline, are the axes of the transformative project of the government of Mexico.

The decisions made to face the crisis derived from the pandemic (which produced a fall of -8.3 percent) have allowed an accelerated recovery that was based on welfare policies, in fiscal responsibility without tax increases and in strategic development projects that generate employment.

We arrived at the moment of defining the budget with inflationary pressures that led the Bank to forecast an inflation of 5.7 percent at the close of 2021, and with a stable exchange rate (an average exchange rate of 20.1 pesos per dollar). 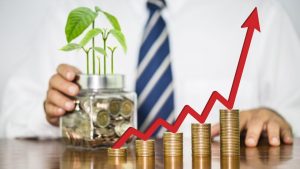 In the General Criteria of Economic Policy for 2022 the actions taken to achieve economic recovery are highlighted. First, the National Vaccination Program, which has allowed 65 percent of the population over 18 years have received at least one dose of the COVID-19 vaccine; wellness programs in force since 2019; labor reforms and the sustained increase in the minimum wage (45.3 percent so far this administration); and investment in strategic infrastructure for development.

A) Yes, oil production will grow 9.6 percent during the current administration, what is in accordance with the goals of the Pemex Business Plan 2021-2025.

It should be said that production will increase but exports will decrease 25.2 percent, which means that the oil will be processed domestically in a large part, especially from 2023, when the Dos Bocas Refinery is expected to start operations.

The infrastructure projects that are already signs of this six-year term will have a total budget of 130 one thousand 752 millions of pesos, part of an estimated net expense of 7 billions of pesos.

Global inflationary pressures are expected to decrease and there will be stability in financial markets, which will allow inflation to be lowered in Mexico in the context of greater dynamism in foreign trade and greater integration between value chains with our trading partners.

The economic package delivered to Congress will be a key tool for economic recovery in the face of the pandemic balances and at the same time for the consolidation of the nation project headed by President Andrés Manuel López Obrador. 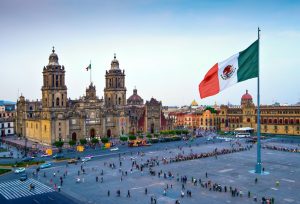 In the set of proposals, highlights the creation of the Simplified Trust Regime for people who receive income of up to 3.5 million pesos annually, which is expected to allow the taxpayer base to continue to grow. It is expected that with this regime and other measures, the collection can be brought to a historical maximum of 3.94 billion pesos in 2022.

In a global scenario of great complexity, our country advances with macroeconomic stability, take full advantage of the benefits offered by instruments such as the T-MEC, reaps the fruits of the timely actions that were put in place to face the health crisis and to advance the well-being of the population.

Without debt, no tax increase, By promoting a clear separation of political and economic powers, it has been possible to increase collection to dedicate more resources to programs that benefit the majority..