Mexico: The construction of the largest shipyard in Latin America in YUCATÁN is consolidated – Alex Lyon Mexico

Mexico: The construction of the largest shipyard in Latin America in YUCATÁN is consolidated

According to Sputnik news sources, the governor of the Mexican state of Yucatán, Mauricio Vila Dosal, and managers of the Fincantieri naval company have just signed a letter of intent with which the Italian company committed to invest more than 150 million dollars for the construction of a shipyard in this entity. 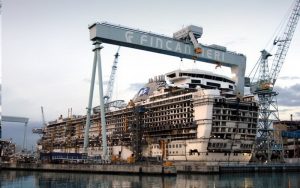 The letter of intent was remotely signed by the Secretary of Economic Development and Labor of Yucatán, Ernesto Herrera Novelo, and the director of the Fincantieri Services division, Giorgio Rizzo, with the endorsement of the governor Mauricio Vila Dosal and the general director of Fincantieri, Fabio Galla.

Based on this agreement, the company will maintain cruise ships and large-scale vessels, in addition to leading the construction of above-ground level structures, the acquisition and installation of a floating dock, raised platforms, warehouses, machinery and equipment for the expansion and modernization of Puerto de Altura, in the municipality of Progreso. The total investment could reach 550 millions of dollars.

“Particularly cruises, large oil and gas freighters, that need complex operations. The infrastructure will also have a lifting platform for units up to 150 meters long”, Fincantieri commented. 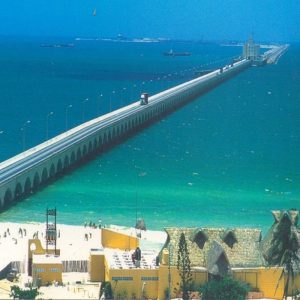 The tenders for the first part of the work will be launched soon, in order to start dredging work from the second half of 2021. With that, will rise to 15 meters of draft the current capacity of Puerto Progreso, which is currently around 9 meters.

For his part, Fincantieri will initially act as a consultant for the first works and, later, will build workshops and cranes, in addition to being in charge of staff training at local institutions and at the Fincantieri Academy.

Once the shipyard reaches its full operational capacity, Fincantieri estimates that it could generate around 700 full time employees, as well as a supply chain that will involve 2.500 workers in high demand seasons.